I decided to go into this review blind. I saw the name Fantasia Black Martini and I had no idea what flavor this was supposed to be. The only thing I knew for certain was that this tobacco was going to taste nothing like a martini.

The first whiff of this tobacco in the box smelled of tart fruit and a slightly spicy licorice note. At this point I started to think that black cherry might be the primary flavor at play. 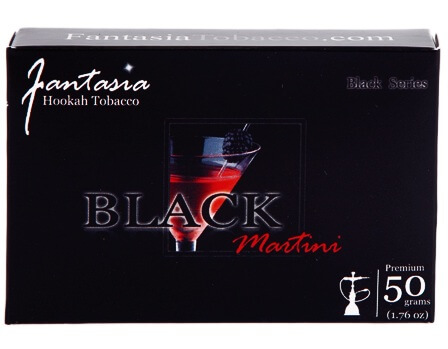 The flavor solidified the cherry note in my mind, but looking at the box indicates that it’s supposed to be a blackberry flavor. I was completely convinced that this was a cherry flavor, as you will see in the video to follow. That doesn’t say much for the accuracy of the blackberry flavor in this tobacco. But, to be fair, the actual flavors of cherry and blackberry are not exactly worlds apart. There is a slightly spicy note that is a bit reminiscent of the martini heritage, but nothing that smacked of vermouth or gin.

It’s pretty tasty and I actually enjoyed this tobacco more than I thought I was going to, but it’s failing on two fronts. It doesn’t taste much like blackberry and it sure doesn’t taste anything like a martini. That being said, I still think it’s worth a try. As a cherry flavor, I think it’s a pretty good option, if over priced.