Hookah Tobacco Acclimation – How to Guide 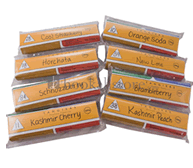 The vast majority of the smoke from hookah tobacco is a result of vaporizing the molasses, glycerin and flavorings that are applied to the actual tobacco leaves.  We’ve discussed the issues that can come with an overabundance of glycerin in the mix; ticklish feelings in the throat, way feelings on the tongue and a soapy taste. But, the molasses and flavorings can come with their own issues if used improperly. Sometimes it manifests itself as harsh smoke, unpleasant flavors and a notorious BBQ scent that can come from the darker types of molasses. The way to fix these problems is commonly known as acclimation.

Acclimation helps to fix a problem tobacco in two major ways. The first way is by allowing the tobacco to air out an release the more volatile and chemically notes that artificial flavorings will often carry. If you’re ever smelled a bottle of cheap confectioner’s flavoring then you know what I am talking about. Because most hookah tobacco companies are shooting for a more candied tasting result than something natural, most of them use entirely artificial flavoring. 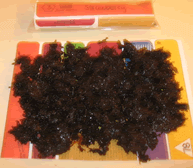 The second is a matter of humidity. With Tangiers, which is the tobacco so notorious for its problems that it made acclimation a thing, the major problem seems to be the molasses. This is where you find the BBQ flavor that so many people detest. The tobacco sometimes needs to adjust to the relative humidity of your area or it will not smoke properly and so you can taste anything other than molasses.

So, how do you acclimate your tobacco?

Let it sit out and open in a shallow container to air it out until it smells better. Stir it up once in a while and make sure it’s not near anything like scented candles or cleaning products. It’s really that simple. Sometimes it helps and sometimes it doesn’t. There are a lot of different opinions on certain ratios between leaving the container open and leaving it closed, but I’ve found there is almost no consistent ratio or technique that guarantees a good result. I’ve tried them all and what works changes from flavor to flavor. Any magic bullet fix for acclimating Tangiers is usually just ju-ju magic and a little critical thinking about the way humidity works will support this.