How to Pack a Hookah Phunnel Bowl

Even though it has been a popular pastime for generations there are still innovators looking to improve the hookah.  One such improvement is the phunnel bowl, which was originally introduce to the market by Eric of Tangiers Tobacco. The multiple holes of the Egyptian clay bowl are replaced by a single large whole that takes the form of a “spire” with raised walls. This design prevents that juice from running down your stem and, in theory, will keep the tobacco moist for longer and extend the life of the flavor.

Packing a phunnel bowl is slightly different than dealing with a classic Egyptian bowl and the first point of importance is that it is impossible to clog a phunnel bowl. Where you must be careful to avoid plugging the holes on a normal bowl and need to fluff the tobacco to ensure good airflow a phunnel can be packed as densely as you can must without issue. More tobacco and more juice means longer sessions in general. 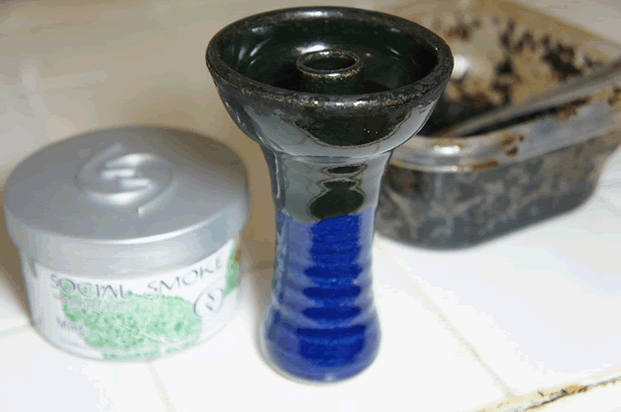 Secondly, phunnel bowls are gigantic. Even the so called “small” dwarfs everything else in my collection. This makes each session longer but consumes more tobacco and can prevent the heat from reaching the tobacco at the bottom of the bowl. This wasted tobacco is one o the major complaints you will here about Phunnels. 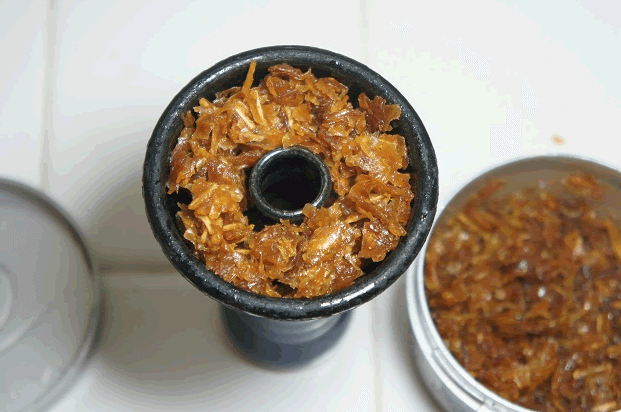 There are two major packing techniques for smoking different tobaccos when using a phunnel.  Most tobaccos can be packed like they would be in any normal bowl.  Sprinkled lightly into the bowl and spread out evenly.  Make sure that the tobacco does not rest against the foil, that the foil stays tight and that that the foil does not get sucked into the hole of the phunnel bowl.  The size of the bowl requires a little more heat than you might normally use (read more in Tangiers phunnel bowl heat management) but you can a phunnel packed like this much the same as any Egyptian clay. 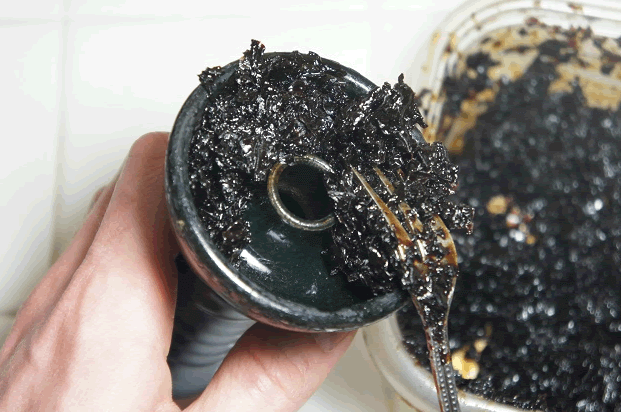 The other way of packing is known as an over pack or a Tangiers pack.  It earned that name because it originated as the way to pack Tangiers Noir that would lessen some of the problems inherent with the tobacco. Tangiers needs to be packed fairly tightly.  Without this technique Tangiers Noir has a tendency to become harsh and unforgiving. I use a fork for this style of packing and start by just filling up the bowl to the rim.

I then pack it down tight, fill it up again and pack it all down to about the height of the spire in the middle.  The density you are shooting for is similar to how the tobacco came in the original packaging. As you can see above the juices will flow to the top when pressure is applied and that’s a good indicator that you’ve achieved the right density. 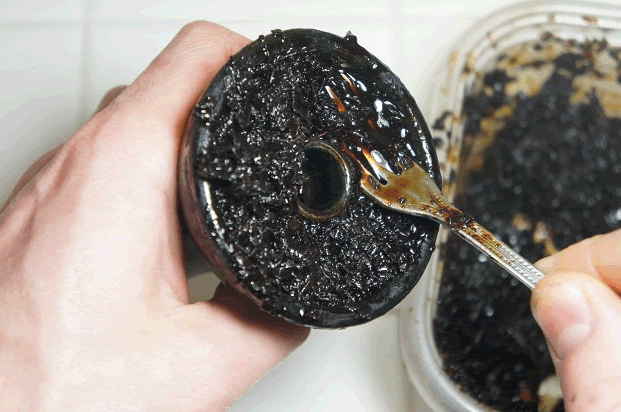 Make sure everything is flat and even, clean up the edges of the bowl and it’s time to grab your foil. Remember to leave a small gap of a few mm. You still don’t want the tobacco touching the foil. When foiling your phunnel make sure that it’s heavy duty foil and applied tightly.  You really only need to wrap foil around the top of the bowl and using enough to reach the stem is just a waste. From here it’s just a matter of coals and holes.

The phunnel is a wonderful design that really does prolong the smoking session.  Part of this is the amount of tobacco that is used but part is definitely that the bowl keeps the flavor in the tobacco instead of dripping into the down stem and vase.  Some tobaccos will last longer than other and some dry tobaccos, like Nakhla, don’t benefit quite as much as the more drippy varieties.  If you want a bowl that will last a long time and keep things a little cleaner then the phunnel is a great option. 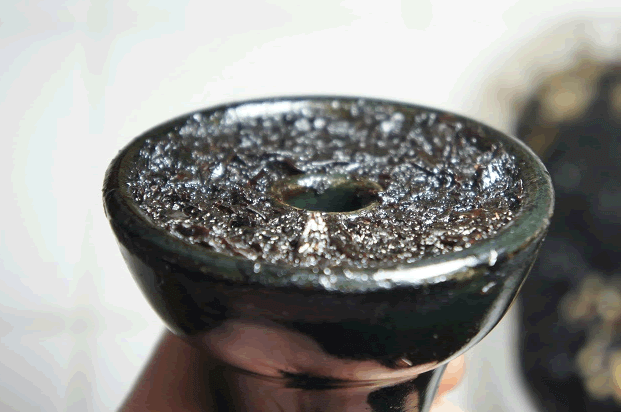