Order a pack of Tangiers Noir and you should mentally prepare yourself for a hassle. I love Tangiers, but it is easily the most finicky and difficult to handle tobacco that I smoke. Sometimes it refuses to acclimate and sometimes you just get a bad batch, but listen to the fan boys and you’ll be told it’s all your fault for treating the tobacco improperly. I didn’t know tobacco had feelings.

I will concede that Noir can benefit from a somewhat different packing style than some others, but it’s not the remedy for every problem you’re going to face with this line of tobacco. How you pack it can vary slightly depending on the bowl you use, so I’m going to show you how I pack Noir in a Crown Classic.

I’m using my old Crown Classic Mini, but the idea is the same for the full sized version. The simplest version of this pack is to just fill the bowl past the holes and then pack it down tightly. You want the tobacco to end up just below the holes because it is going to expand slightly as it heats up and rise a bit. You might get a little molasses in the stem of your bowl, but you don’t want it to be overflowing. That’s a sign of an over packed bowl. 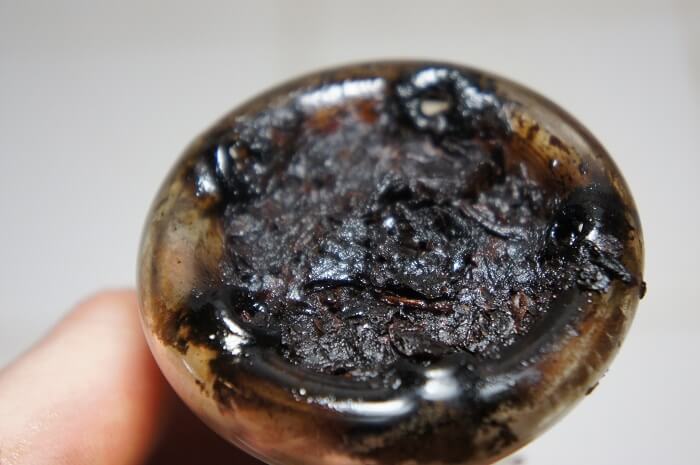 The next technique was developed to make better use of the entire bowl of tobacco. I just use my finger and pack the tobacco around that to form a ring around the edge of the bowl and a clear channel in the center. Now the heat will reach the full depth of the tobacco and and overflowing liquid should run into the center and be smoked rather than lost. Just make sure that the tobacco is tight so it stays in place and has the density that Noir calls for. 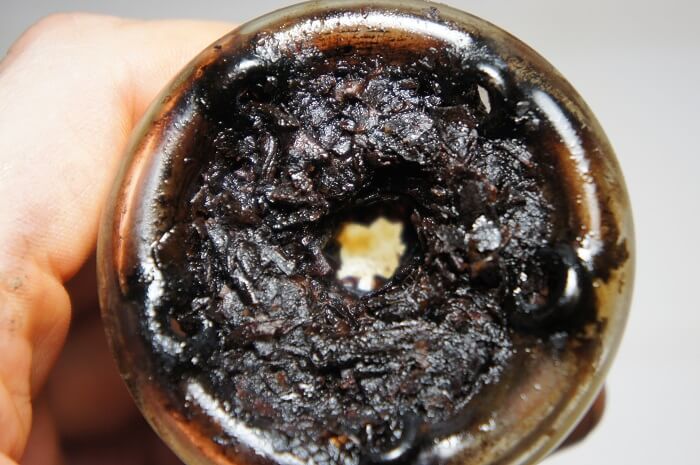 To be completely transparent, I’ve  almost stopped using these techniques because I’ve found that the Crown Classic smokes Noir nicely without any special pack… most of the time. There are a few flavors that still call for the dense pack, but I’ve smoked quite a few of their flavors with just a simple fluff pack and had great success. That’s a review for another time.