The proper way to smoke Tangiers tobacco has been a hot topic of debate since it was first introduced. Some smokers handle it like unstable uranium and smoke this tobacco with a degree of ritual and mysticism often reserved for voodoo rights. Today we focus on just one method for poking holes in the foil. It’s time to throw out the cleansing salts and get straight to the source with the hole pattern advocated and used by the creator of Tangiers, Eric.

A while ago I published my own favorite phunnel foil patterns too.

Lots and lots of big holes for lots and lots of airflow and very direct heat. The way that Eric pokes his holes leaves a surprisingly small amount of foil between the tobacco and coals but it sure does work.

We start with a well packed phunnel bowl of Tangiers tobacco, which you can achieve by following our guide on packing Tangiers in a small funnel bowl. Eric uses a single layer of regular foil as opposed to the heavy duty foil that many of us love so much and seals it over the bowl nice and tight. Up to this point everything is pretty normal but then we grab an oyster fork (sometimes call a seafood fork) and proceeds to poke a large number of very large holes. Starting at one end in working in straight lines he covers every inch of the foil leaving only the space directly over the spire intact. 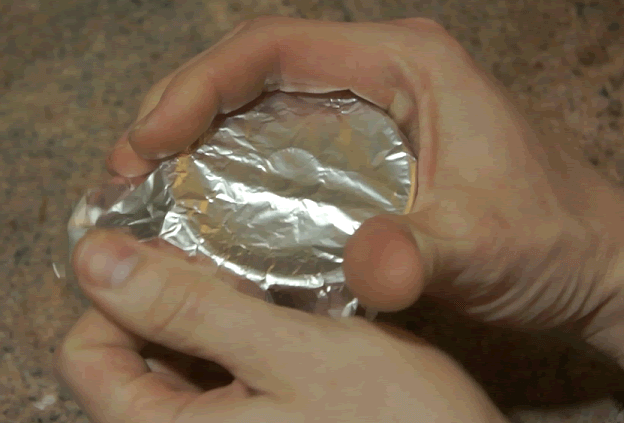 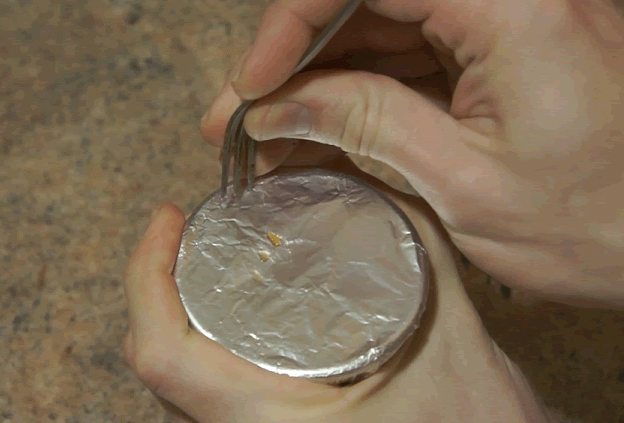 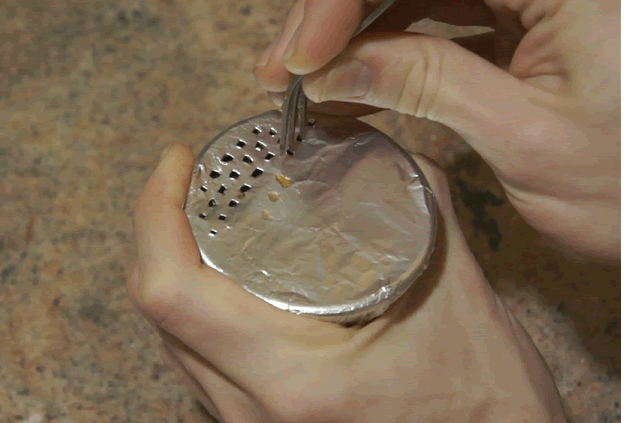 After this process he goes back and pokes a small circle of holes over the spire and one right in the center. This prevents the foil from being sucked down onto the spire. Usually I would say that foil drawn tight enough shouldn’t have this problem but poking this many holes creates a lot of slack and may allow the foil to drop a bit. 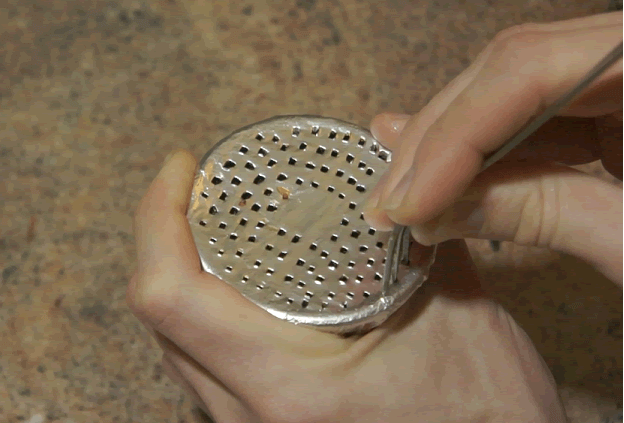 And that’s it. Try it out the next time you smoke Tangiers in a Tangiers bowl and let us know what you think. 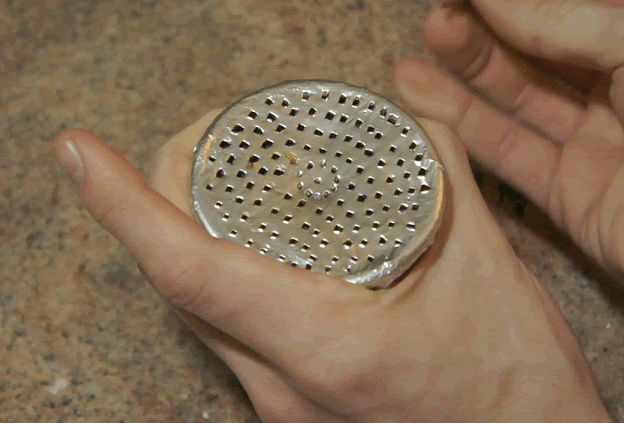