When you’re hunting for the right flavor to smoke for Halloween one of the most common suggestions is Pumpkin Pie. There are a lot of options out there but many of them are pretty terrible. Below is a list of my suggestions that I fell will keep you happily smoking throughout the month. Each of these is somewhat unique, so everyone from the candy smokers to the spice seekers should be able to find the right Pumpkin Pie for their tastes. 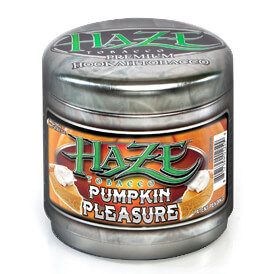 The smell of this tobacco is extremely strong and the flavor is in the mid range. It is entirely a creamy pumpkin spice mix with no pumpkin flavor to speak of. I’d say the cream is actually the main player here and the spices are in more of a supporting role with cinnamon and nutmeg playing even parts. This makes for a more mellow experience than many other flavors on this list. Some spice flavors can be a bit biting on the tongue but this tobacco has none of that. 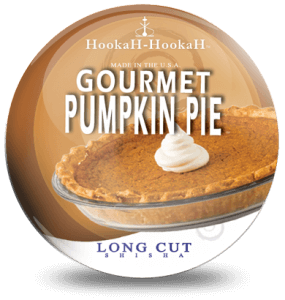 I maintain my stance the Hookah-Hookah is a severely underrated brand and Pumpkin Pie is one flavor worth giving the time of day. The flavor is one of clean spices with a bit of nuttiness that could easily represent the toasted crust. No pumpkin flavor to speak of but squash is not what people really want in these flavors. This is a damn fine flavor but it’s fairly light in body and flavor strength. If this were a stronger flavor Hookah Hookah Pumpkin Pie would be a contender for the best on the list. 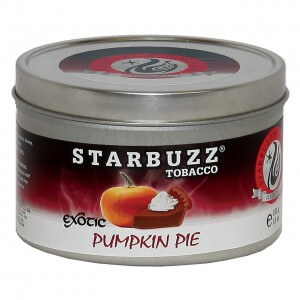 Of course you knew this was going to show up on the list. Say what you will about Starbuzz but this is actually a pretty decent flavor without being overly candied and artificial. Back when I first smoked this one it was just about the only savory tobacco Starbuzz was making and I think it was the harbinger of things to comes. The spice notes are all very mellow, non-distinct and blended together with a surprising pumpkin flavor. Yes. I wold say that this tobacco actually has a very mild pumpkin note. On top of all that, there is a distinct creamy note that lingers in the mouth similar to real whipped cream. One of the best Starbuzz flavors. I just wish the spices were stronger and more distinct. 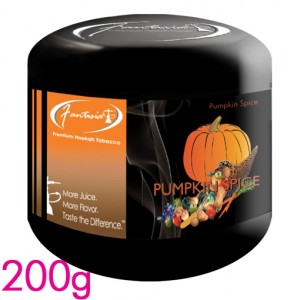 Sweet. Very Sweet. The smell is syrupy and almost sickening but the tastes is quite a bit more mellow. that being said, I find this one a little cloying at times if I smoke it too often. The sweetness mutes the spices a bit and turns this into a very rounded and soft spice flavor with no sharpness to speak of, which makes for a smooth smoke. Unsurprisingly, this tobacco has no pumpkin flavor to speak of and I’m actually kind of cheating by including it on the list because it’s only billed as Pumpkin Spice. 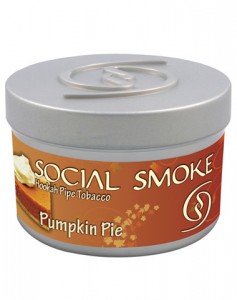 I love Social Smoke and their offering in this category is definitely worth checking out. It’s a creamy, spicy flavor with surprising complexity. Moderately sweet but not overpowering or overly syrupy, the flavor is cinnamon up front with other spices dancing around each other in the background including ginger, nutmeg and a few others. It’s a spice blend predominantly, so don’t expect note of that orange gourd. A surprisingly light flavor for Social Smoke but it is by no means weak.