Traditional Tobacco; Where do I start? 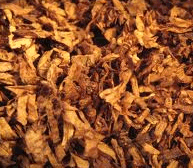 I was sent a PM a few days ago asking for some advice on starting to smoke traditional and I felt that more people could benefit from a little introduction.

Where do we start? Price.

Traditional tobaccos are usually pretty cheap and that’s . That’s one of the nicest things about smoking things like Zaghloul. Firstly, they aren’t super hyped products designed for the highest possible profit margin with the word “premium” slapped on to justify bumping them over the $20 threshold. These are tobaccos made the same way for a long time and by people who are more interested in producing a good product than making a profitable product. Secondly, they aren’t very popular, so they don’t get a big markup because they won’t sell at all if they do.

That being said, most of the traditional tobaccos on the market and the ones I’m talking about here are considered pretty low rung tobaccos.They are still of great quality and they are wonderful, but comparing Zaghloul to the rare and very expensive tobaccos like Shooting Star is like comparing a Punch cigar with a special edition Arturo Fuente Black Label Opus X. The Punch is a good every day smoke that will satisfy and taste great, but it’s never going to reach the complexity of the Opus X and the price tag and rarity reflect that.

Nakhla is a great starting point for black molasses from the Middle East. It’s just tobacco and molasses. Order from a vendor that deals in traditional tobaccos a lot to make sure it is fresh. Zaghloul is the most common, but the others are great as well and offer a lot of different experiences. Some are more smokey and robust (Khan) while others are lighter and easier to approach (Zag light).

Desi Murli is traditional Indian tobacco and is very floral and spicy with a wide range of flavors based on a foundation of earthy tobacco. This is not a black molasses as it includes a lot of traditional extracts, spices and herbs that blend to create a very complex and distinctly Indian flavor profile. This basic tobacco then has a wide range of flavors added to it. Everything from unique flavors like Pan Rasna to strange flavors like strawberry milkshake. This tobacco is prone to molding as it has no preservatives.

Al Fakher makes a great introductory black molasses known as Soft Black. It’s lighter and sweeter than many of the other black molasses and is made to be easier to smoke. It’s very wet and lighter in nicotine than many others and the flavor is molasses forward with a sour tobacco note supporting. I like to mix this one with pretty much everything I smoke. It can be hard to find in anything less than kilo tubs, but it’s a good buy if you find you like traditional molasses.

Next we have jurak. Jurak is a form of tobacco that is something between a black molasses and the Indian tobaccos like Desi Murli. It can take on a lot of different forms, but it’s always a combination of natural tobacco, molasses (at least) and some natural flavors. Common flavors are the popular Middle Eastern spices, rich fruits and wood extracts like cedar. Each one is unique and it’s hard to describe them. Most important to note is the fact the jurak needs a ton of heat to smoke properly. There is no glycerin and the mix is almost always more o a sticky paste than a juicy tobacco. I usually end up using close to twice the charcoal that I would otherwise use and a wider and more shallow bowl is always better.

I want to point out that traditional tobaccos are always stronger in nicotine than their modern cousins. Even if you are a seasoned smoker, sip slowly and take long breaths between pulls. Many traditional smokers suggest only half breaths where the smoke only just enters the throat with tobaccos like this. You can draw deeply, but a big boost of nicotine is waiting for you on the other side.

Lastly, these tobaccos aren’t for everyone. Don’t feel like you need to chain smoke Zaghloul to be a “real hookah smoker“. It’s not a competition. Enjoy what you enjoy and relax. Anyone that gets elitist and disparaging because you aren’t as hardcore as they are isn’t invited to my smoking sessions.