4 Ways to Get The Coldest Hookah Smoke

Summer is here and it’s already making me regret living in the desert. Today we are going to teach you how to get the coldest smoke your hookah can produce. Just a few simple steps and you’ll be blowing your own mini arctic vortexes.

I’m sure you’ve heard about putting ice cubes in the vase to get colder smoke. It’s pretty effective and easy to do but there are some problems you need to look out for.

To solve this problem we prime the vase with an inch or so of cold water before any ice goes near it. This helps buffer the temperature change and also stops the impact of the ice hitting the bottom of your vase. Remember that as you add ice it’s going to increase your water level, so start with less and allow it to rise to the level you want. 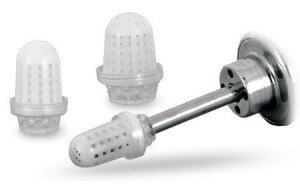 The diffuser was first introduced with the claim of increasing filtration. I don’t know about all that but today it performs a much more noticeable purpose. Breaking up the smoke puts it in greater contact with the water and ice, which will cool it much faster. The bubbles are really only in the water for a fraction of a second so we need to improve the efficiency of that momentary heat transfer and a diffuser is the best option.

I have heard of some people putting their hoses in the freezer to chill them but that’s a pretty terrible idea. Plastic hoses and glue can get very brittle when frozen while leather hoses could dry out and crack if left in the freezer for a long time.

The Mya Freeze and the Ager Ice Hose are both great options with similar properties. The mouth pieces can be disassembled and they house miniature ice packs. Both models come with two packs so you can rotate them out and keep the cold smoke flowing. I think these are good, sleek options even though they cold doesn’t last as long as I would like. 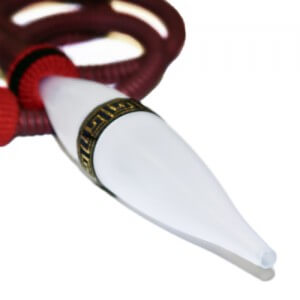 There is also the Mystique Hookah Ice Hose Tip from Hookah-Shisha.com. It’s designed to be used on hoses with removable mouth pieces like the Razan or Nammor. The latest version comes packed with a bunch of freezable pouches inside that look like clear ketchup packets. They are not made to be removable, so you don’t get to rotate and you need to freeze the whole tip rather than just he packets. The increased number of ice packs means this tip stays colder for longer but it also increases the size of the accessory many times over. I find smoking with the Mystique to be cumbersome and awkward even if it is effective. 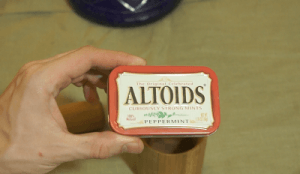 Get out your mortar and pestle for it is alchemy time! Not really. Just crush up some Altoids and dissolve them in your base water. You won’t get a huge amount of the minty flavor but you will definitely get an increased menthol kick. It’s a bit wasteful but it’s an interesting way to add another element to the blizzard you are constructing.

All of these methods can be used with any tobacco but I suggest a strong mint flavor if you really want to cap it off and compete with the scorching summer nights. Tangiers Cane Mint feels like breathing in the winter. Nakhla Mizo Mint is the same way. Combine all of the techniques you’ve learned today and bundle up because it’s going to be a chilly one.