Following is a list of frequently asked hookah questions. Make sure to also read our Hookah Tips page.

What are key features to look for in a quality hookah?

If you are looking to buy a hookah keep the following tips in mind:

I’m not getting enough smoke, what am I doing wrong? 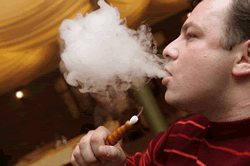 This can have many reasons. The most common problem is not packing the tobacco right, or not making the holes (in the aluminum foil) the right way. Make sure that the hookah is completely sealed. Poor seals are the death of a good session because they let air into the system from points other than the bowl. Here are three related article:

The smoke is harsh, what am I doing wrong?

This means that the tobacco is burning. You may need less heat. Either remove some coal or remove the wind cover. The bowl may also be over packed and the tobacco could be touching the foil and burning. Read about harsh hookah smoke and how to prevent it in more detail.

There are many papers on this subject that you can find with a simple Google search. You get much more smoke from a hookah than a cigarette, however the smoke is not nearly as harmful (less nicotine) as the cigarette smoke. Smoking hookah is obviously not good for your health. Make sure you talk to a doctor for correct advice on this topic though. Related articles:

How should I clean my hookah?

Take every part of the hookah apart. Traditional hoses should be cleared of all smoke and hung out to dry. Rinse washable hoses and blow out as much water as you can. Hang it over a closet pole so that it can dry properly. Use a hookah brush and hot water for a thorough cleaning on the stem. Same thing for the vase.

How often should I clean my hookah?

You should clean your hookah quite often. It is important that you clean it right after smoking and not before your next smoke. Otherwise, the smell and remainder of the previous smoke stays inside the hookah and makes it much harder to remove. If you smoke only similar flavors from this one hookah you can wait longer before the flavors will conflict. Related articles: 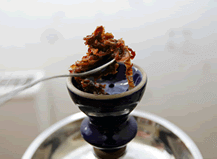 What tobacco should I buy?

There are many different Hookah Tobacco Brands. If you like modern style tobaccos (light buzz, high smoke volume, sweet flavors) then brands like Fumari and Social Smoke are good choices. Nakhla is considered the best brand by many and is the most smoked brand on the market. It has very natural flavors and wonderful smoke. Tangiers is known for having high volume smoke, unique flavors and a strong buzz. It really depends on what you want from your session.

I’m a big fan of one hose hookahs. Multiple hose hookahs should only be used when smoking with lots of people but you have to plug the hoses that are not being smoked from so air doesn’t get pulled back into the hookah. Passing the hose and sharing the smoking time is part of the smoking ritual. Related articles:

What coal should I buy?

Generally speaking, there are two types of coals: Quick light and Natural. As the name indicates, quick light coals are made to start up fast (usually 20 seconds of flaming them with lighter sets them on). However, QL coals often add unwanted flavors to the tobacco and cost more but they are used for convenience. Natural coals take longer to light up but they are much better than QL coals. They should not add flavor or smell and last longer than QL coals. Natural coals are the better option for someone smoking at home or in a place where they have access to a fire or stove. Related articles:

What size bowl should I buy?

Size of the hookah bowl depends mostly on the length of time you want to smoke. The Tangiers large funnel bowl can, reportedly, smoke for 12 hours. The Crown Hookah mini classic bowl lasts for about an hour but takes a minuscule amount of tobacco and only one piece of charcoal. There are countless size variations between these two and there are even some freaky bowls that can handle 250 grams of tobacco. It really depends on the kind of session you want. Related articles:

Traveling with and Shipping Hookahs

What is Hookah in different languages?